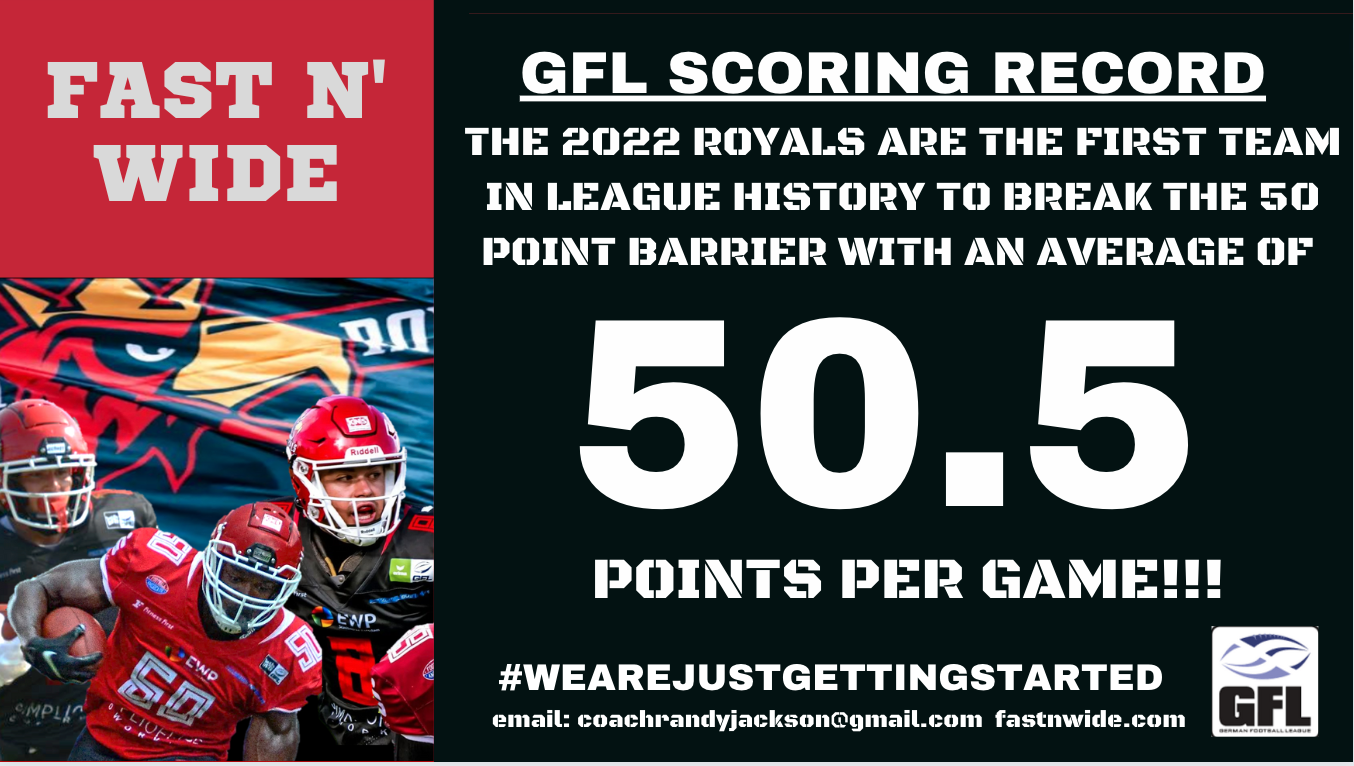 1 Hour 1-1 Session to Learn the Basics of FNW

This clinic will cover everything from A-Z on how the Potsdam Royals used LUDICROUS TEMPO a VIOLENT RUN GAME and DEEEEEEP SHOTS to be the highest scoring offense in the history of Europe in 2022!

LIMITED TO 35 seats so all will have a chance to ask questions.

Save this product for later
Display prices in: USD
bottom of page